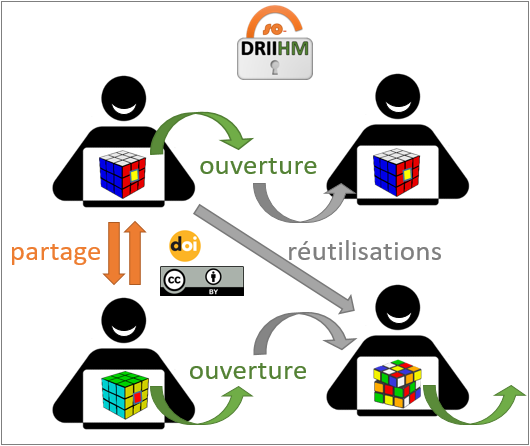 The new call for projects DRIIHM Labex 2020 has been launched.

The Labex DRIIHM 2020 calls for research projects (OHM, interOHM and Post-doc) will be open on November 1, 2019. The submission platform will remain open until midnight (French time) on 15 December 2019.

Building on the work of researchers and specialists in the last decades, recent initiatives are revitalizing thought about the changes in the French Guiana’s borders, whether at the scale of French Guiana or the Guiana Shield (Blancodini P., 2010 ; Morel, Letniowska-Swiat, 2012 ; AUDeG, 2013 ; CAUE de Guyane, 2014 ; Carlin et al., 2014 ; Collomb & Mam Lam Fouk, 2016). The analysis of the borders has been focused on the geopolitical stakes for many years due to many border disputes, including the « contested conflict » between France and Brazil (Vidal de La Blache, 1901 ; Lézy, 2000 ; Granger, 2011 ; Théry, 2015 ; Ferretti, 2014) or between Venezuela and Guyana (de Vilhena Silva, 2017). The contemporary approaches no longer reduce boundaries to their status as limits between territorial entities. We can say that the Guianas’ borders, in particular fluvial, have a « thickness » (Agier, 2013), which allows them to be learned as spaces of exchange, active margins and creators of urban evolutions. Cross-border areas, which are often extended to the internal borders, constitute areas of mutation, where old socio-spatial structures interact with recent dynamics of settlement and development (das Chagas Martins et al., 2016). Thus, the purpose of this symposium is to question the transformations experienced by these border areas from the Amazon to the Orinoco. The attention will be focused on interactions between circulations, margins and cities in the Guianas, analysed according to three axes:

This symposium is aimed primarily at researchers and young researchers in the social sciences (geography, economy, anthropology, sociology, history, political science). Languages used in the symposium are: French, English and Portuguese.

Abstracts of papers made in two of these languages (200 words, with five keywords) are expected by July 10, 2018.

The deposit of abstracts is done on the website of the symposium : cfvg.sciencesconf.org.

The abstracts will be reviewed by the Scientific Committee and notices will be sent on September 15, 2018.

1             OHM Tessékéré - Physical Activity Transition and weight: Study of the epidemiological transition of the Peuls around the Great Green Wall