An OHM (human-environment observatorie) is a study of socio-ecosystems manmade tool, designed to respond to their complexity by implementing a comprehensive approach by combining the study of environmental science and creating dynamic for the development instead of interdisciplinarity needed. For this each OHM organized around a focal object - which will be studied by all environmental sciences - a founder event came deeply upset (eg a mining area - object - and stopping the operation - founding event). 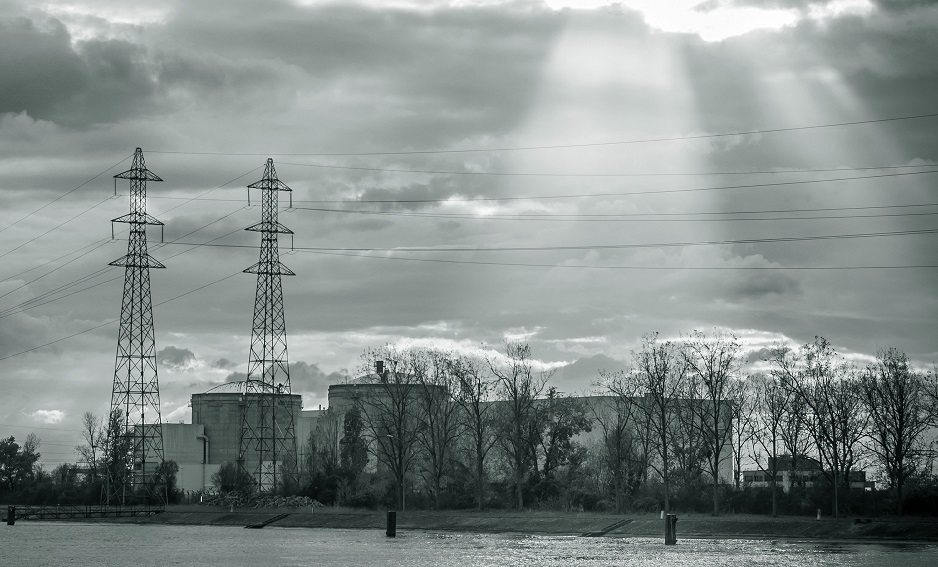 The announced closure of the Fessenheim plant comes in response to a national – indeed international – political debate on the role of nuclear power and other energies. The location of this Fessenheim socio-ecosystem on the borders of Germany and Switzerland, in a highly industrialized region on the banks of the Rhine, make it unique as a study subject. It is far-reaching from a socio-environmental point of view, emblematic in terms of the energy issues and the current transitions, and complex given the European and international aspects that it implies de facto in its understanding.

The key themes of the OHM Fesseneheim, created en 2018, concern the issues of: 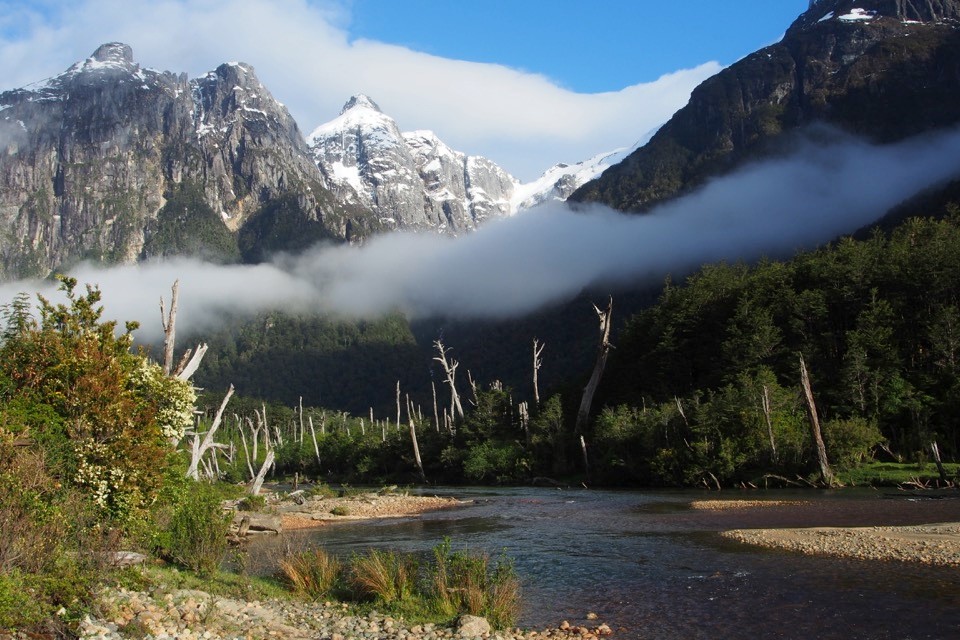 Some 300 km south of the city of Coyhaique, OHMi Patagonia-Bahia Exploradores is located in the Aysén region of Chilean Patagonia, at the mouth of the Exploradores River and the Pacific fjords, far removed from any human settlement. The remote situation has helped conserve a unique ecosystem where the main forcing factor was, until now, based on the influence of climatic conditions.

The territory provides the ideal framework for observing the transformations brought about by an ongoing process of anthropization: namely the development of a tourist and productive economy (livestock) combined with the development of transport channels over land and sea, with increasing impacts on an ecosystem that had previously remained untouched. 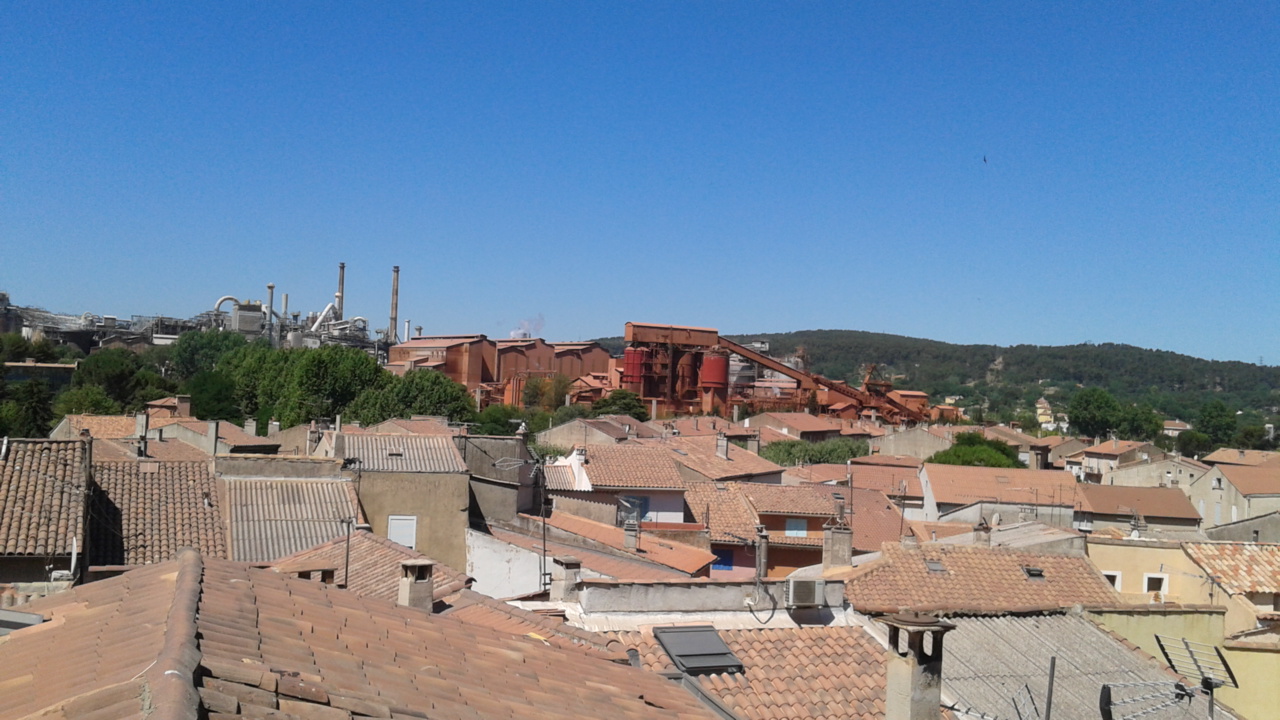 The Gardanne mining area is the study area of this observatory.

Located in the east of the department of Bouches-du-Rhône, between Marseille and Aix-en-Provence, it concerns bringing together seventeen towns just over 100,000 inhabitants. For nearly two centuries, the unity of this space has been built around the lignite mining and industrialization induced by the mine.

Bordered to the north by the massif of the Sainte-Victoire and the south by the Star chain as well as the mountain of Regagnas, iconic landscapes of Provence, this area is typical of suburban and industrial dynamics in the Mediterranean area.

These dynamic, often contradictory, have been particularly affected by the permanent cessation of mining in the early 2000s.

Observation and research conducted by this OHM concern the Mediterranean coast of France, studied at three sites across a wide component gradient of urbanization and human pressure.

The urbanizing at least subject to human pressures, these sites are: the Marseille urban area at large, from the docks of Fos-sur-Mer in the west to La Ciotat in the East; the gulf of Aigues-Mortes, Sète Grau du Roi, including coastal lagoons and associated watersheds; the shores of Balagne and the southern outskirts of Bastia, in Corsica.

Spaces and environments studied correspond to the interface between the marine and terrestrial areas, that is to say the shore but also terrestrial and marine areas that infl uence each other on either side of the coastline, both ecological planning, hydrological or societal.

Its implementation is related to the construction of the bridge linking the French and Brazilian sides of the river between the towns of Saint-Georges de l'Oyapock, french side and Oyapock, brazilian side. Its mission is to understand the parameters that affect the human population and the environment in connection with this event, and thus help in decision-making and public action.

The OHM Oyapock is part of the network of OHMs, itself integrated with the DRIIHM,Device for Interdisciplinary Research on human-environments Interactions. 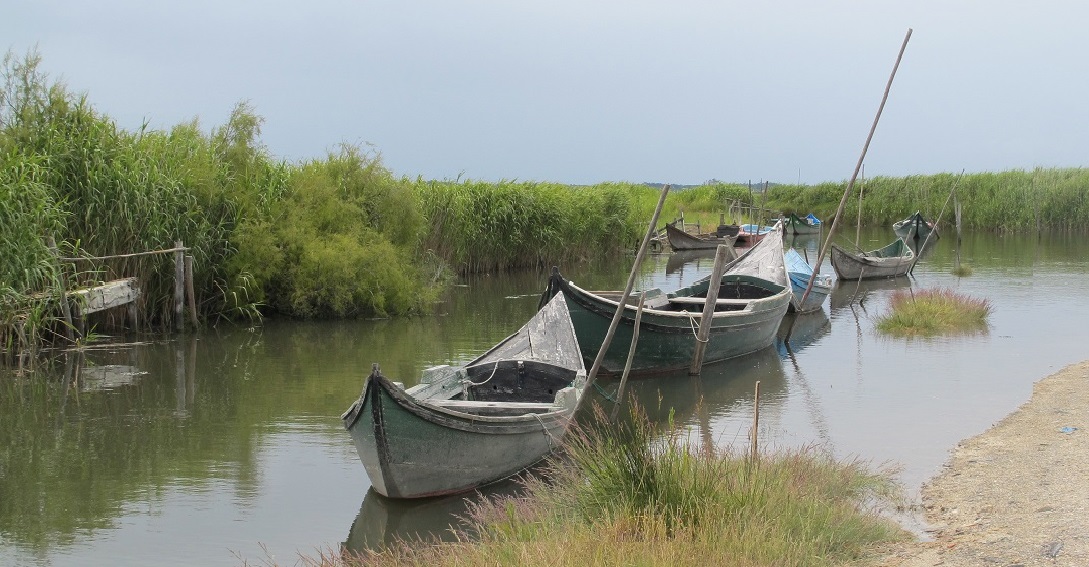 Located in northern Portugal, the municipality of Estarreja is the study area for this OHM.I. It derives its originality of the presence of the second largest complex chemical country mainly producing ammonium sulphate, nitric acid and ammonium nitrate, but also synthetic resins (PVC), and its location near the largest brackish water lagoon of Portugal, the Ria of Aveiro.

Subjected to intense industrial pollution since the early 1950s, this area has suffered the simultaneous effects of solid waste, liquid and gas in the environment, which have both affected some plant and animal organisms and raised questions about health local populations.

Located north-east of the Moselle, the Bitche is a rural and landlocked border area bordered to the north by the border with Germany (Rhineland-Palatinate) and south by the department of Bas-Rhin.

The territory has just under 35 000 to 46 municipalities. Structured for centuries by a strong military presence, the gradual withdrawal of the military has had the effect of transforming the territory in depth over the last twenty years.

The Bitche thus appears as a territory through profound changes as a result of widespread abandonment (industrial, railway, agricultural...) whose dynamics need to be explored to the articulation of social phenomena and ecosystems.

Located in the Ferlo, northern region of Senegal, the area studied by the OHM.I Tessékéré is characteristic of the African Sahel. This large area of bioclimatic transition between the Saharan area north and south Sudan savanna is characteristic consecutive ecological and human crises to drought events affecting Africa for several decades.

The region covered by the Observatory presents all the traits specific to Sahel (rainfall deficit, human pressure on the environment, modification of the environmental equilibrium) and the distinction of being the heart of a major pan-African program development and reforestation called Great Green Wall. 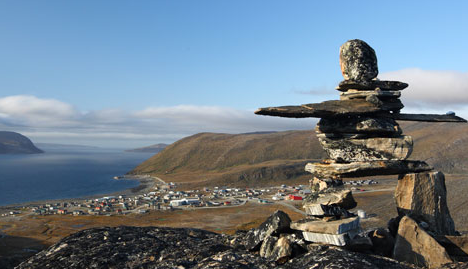 The Observatory Men Nunavik-Media International was established in 2012 under the common umbrella its parent bodies: the Institute of the CNRS Ecology and Environment, the Northern Studies Centre and the Regional Association of Kativik.

Kangiqsujuaq is one of the 14 Nunavik Inuit communities located in northern Quebec in an exceptional site, 10 km from the Hudson Strait (Nuvummiut Imarppinga), covered with a herbaceous tundra zone in continuous permafrost in a very rich region ores.

Kangiqsujuaq meets 725 inhabitants of which 41% are under 20 years. Part of the population works in one of the largest nickel mines in Canada, Xstrata's Raglan Mine located 90 km and in the mine of Canadian Royalties. It is also the main entrance of the Parc national du Saguenay, the famous lake with blue waters and exceptionally pure formed by a meteorite impact. It is a booming community (new community infrastructure, sporting, tourist, new small businesses). She was chosen by the Kativik Regional Government as a location OHIM and will serve as a place of experimentation for other Nunavik communities.

The geographical area of OHM Rhone Valley is the river route from Lake Léman to the Mediterranean, the river itself, its appendices aquatic and riparian, floodplain for some.

The study areas are thus subject to the influence of many amenities found throughout the river. These result of two key periods: the construction of the waterway (1840-1910) and the development of hydro-electric equipment (1948 to 1986). They have conditioned the evolution of contemporary landscapes and the distribution of human activities. A particular type of landscape characterized by Rhône "shorted," a channel and all associated works, repeats itself as a territorial pattern at each hydro development allowing unprecedented geographic comparisons and highlighting causality change. 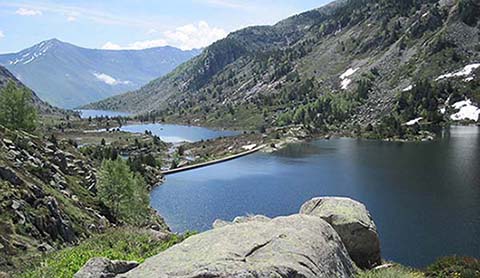 We consider the mountain as a space system fostering interdisciplinary approaches. On the one hand, it provides ease of reading and analysis of society-environment interactions, both in terms of global changes (climate) and local (dynamic socio-economic, public policy). On the other hand it poses the challenge of integrating diverse temporalities of nature and society, challenge both epistemological and methodological even greater one wants to combine the natural sciences and social sciences.

To this end, the Pyrenees have the advantage of having been historically the place of development of various scientific reference models (geology, phyto-geography), but also to have served in the last decades of interdisciplinary laboratory for many programs on the history and environmental dynamics.

The Rosemont mine project, south of Tucson, initialy planned in 2014 is the founding event of the Pima County observatory. The mine has estimated copper reserves of 2.7 Bt, which can potentially represent more than 10% of US production. This mine should be exploited using new environmental treatment and water recycling techniques. The environmentally sustainable development of this mine will be compared with that of other mines to compare:

The aim is to shed light on the interactions and dynamics at the heart of socio-ecological and socio-economic set up on the research object.

Guadeloupe is an archipelago made up of two main islands separated by a narrow inlet associated with several neighbouring islands, Marie-Galante, the archipelago of Les Saintes and La Désirade. This European Outermost Region (OR) is part of one of the world’s biodiversity hotspots with a high rate of endemism, and rich and varied ecosystems (coral reefs, mangroves and seagrass meadows) that are particularly sensitive to anthropogenic pressures. This Caribbean territory, with its incredibly rich culture, history and heritage, is also a major tourist attraction.

Within an island territory, the evolution of port infrastructures and their functions opens avenues for reflection on city-port interactions and the relationship between highly differentiated anthropized spaces. The OHM seeks to analyse the ways in which biodiversity is integrated into the urban-port system, the maintenance or transformation of local knowledge and practices and the dynamics generated by the requalification of Guadeloupe’s territories and the evolution of their uses. The reconfiguration of coastal practices and activities and the management of space are central issues. The perception of changes in the seaboard and the involvement of local populations are also key. Over the long term, the OHM also aims to observe and analyse landscape transformations, the challenges of socio-economic innovations and the changes in relationships between stakeholders and users of the coast.